In our last two monthly editorials, we offered a high-level discussion about how economic variables might change under the new federal administration. Among other things, we discussed how a weaker dollar might characterize the coming economic environment, and how it also might create opportunities for investors going forward.  Understanding this is crucial as you look at your own financial stability and engage in portfolio management.

Newly appointed treasury secretary Janet Yellen has spoken on many occasions in recent weeks about the need for increasingly greater amounts of stimulus. On Monday,  Feb. 22, the House of Representatives voted on a nearly $2 trillion stimulus plan.  Funding for that stimulus will come from a complicit Federal Reserve that will be compelled to print additional money as it did last year to fund the CARES Act.

As additional dollars are printed, the ones that previously existed become less valuable.  We call this debasing the currency. Therefore, investing in anything, the value of which being a function of a strengthening or weakening dollar is an opportunity.

Broadly, such market sectors include materials, commodities, precious metals, and energy. Anything denominated by a weakening dollar could experience a positive reinforcement in terms of its price.

We’ve also discussed how weakening dollars and rising taxation often influence consumer spending behavior, and we’ve described how patterns of behavior can change when the product or service is economically elastic or inelastic in nature. Growth in U.S. GDP can cause inflation. We’ve observed the many similar economic characteristics of the Obama Administration in previous commentaries. I drew reference to the eight consecutive years of slowing velocity of money, stagnating wages, and higher liabilities of taxation in the past, and how these things impacted the consumption behavior of both corporations and individuals. Now, we must consider how the return of these, and other variables might impact patterns of consumption in a post-COVID economy.

As individuals and corporations are left with fewer net spendable dollars after taxes, and the purchasing power of the remaining dollars becomes increasingly weaker, a change in consumer behavior is usually seen. On the corporate side, this becomes a function of what makes the company more efficient rather than a focus on increasing the capacity to make widgets. On the individual side, it incentivizes a focus on the consumption of staples as opposed to luxury items. Historically, we can also see how this incentivizes a higher level of savings. All of this will change your investment financial plan.

For example, in such times, individuals will be much less likely to decrease their consumption of toilet paper, household pharmaceuticals, dishwashing detergent, bars of soap, and basic food staples. Conversely, individuals will not be incentivized to purchase greater quantities of that $7 cup of designer coffee.

This is a high-level example of consumption behavior changing in deference to things that are economically inelastic as opposed to the consumption of things that are economically elastic. Investment opportunities are generally found among companies that produce the things, or provide the services, that you will consume regardless of the state of the economy. These companies are usually large, value in nature, and offer a  dividend stream of income that is helpful in the reduction of overall portfolio volatility. 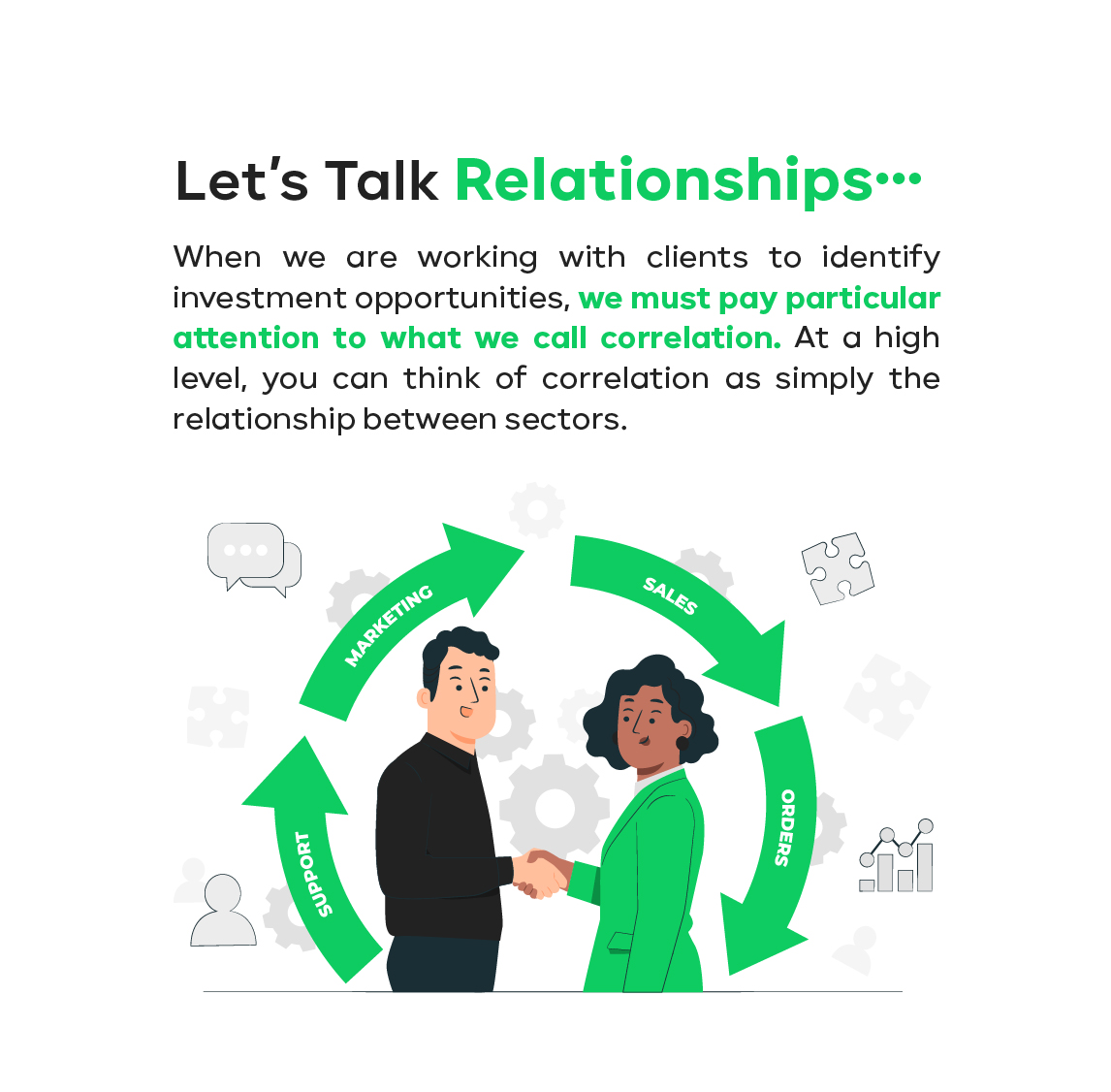 We’ve also talked a lot about correlation. When we are working with clients to identify investment opportunities, we must pay particular attention to what we call correlation. At a high level, you can think of correlation as simply the relationship between sectors. For example, I believe that utilities as a broad sector could be an attractive defensive investment opportunity as we look at the economic conditions that may be ahead of us.  However, I would not suggest that people blindly invest in just any company in that sector. You must further screen for correlation – for example, let’s look at coal.

There are many power-generating utilities that have a high correlation to fossil fuels,  and in particular, to coal. Therefore, I would look for utilities that generate the majority of

their power through alternative sources such as hydro, nuclear, wind, and solar, rather than companies that produce the majority of their power through coal-fired steam plants,  in order to avoid the negative correlation between the generally defensive nature of utilities and fossil fuels.

Making the Most of EVERY Opportunity

We’ve spoken often about the changing of seasons, and how such change impacts behavior. In July, we generally wear shorts and T-shirts since the warmer weather incentivizes the utility of that fashion. Generally, we do not wear shorts and T-shirts in  January. The colder weather incentivizes our behavior to wear long pants and jackets instead. Likewise, as an advisor, I am not simply looking for investment opportunities that will survive the coming change of economic seasons, but rather I am looking for opportunities that could potentially thrive. To some degree, we can observe previous periods of changing economic seasons for those clues about what might thrive tomorrow. This is where financial physics comes in handy. Understanding the cause-and-effect relationship helps determine what might happen next. We are constantly evaluating that with our clients. Again, I would strongly recommend that this is no time for leaving your portfolio on autopilot. If you work with a financial professional, then engage that person frequently at this time. If you are without such professional representation and looking for help with financial planning and retirement planning in Alabama, please give us a  call and we would be happy to make your acquaintance. 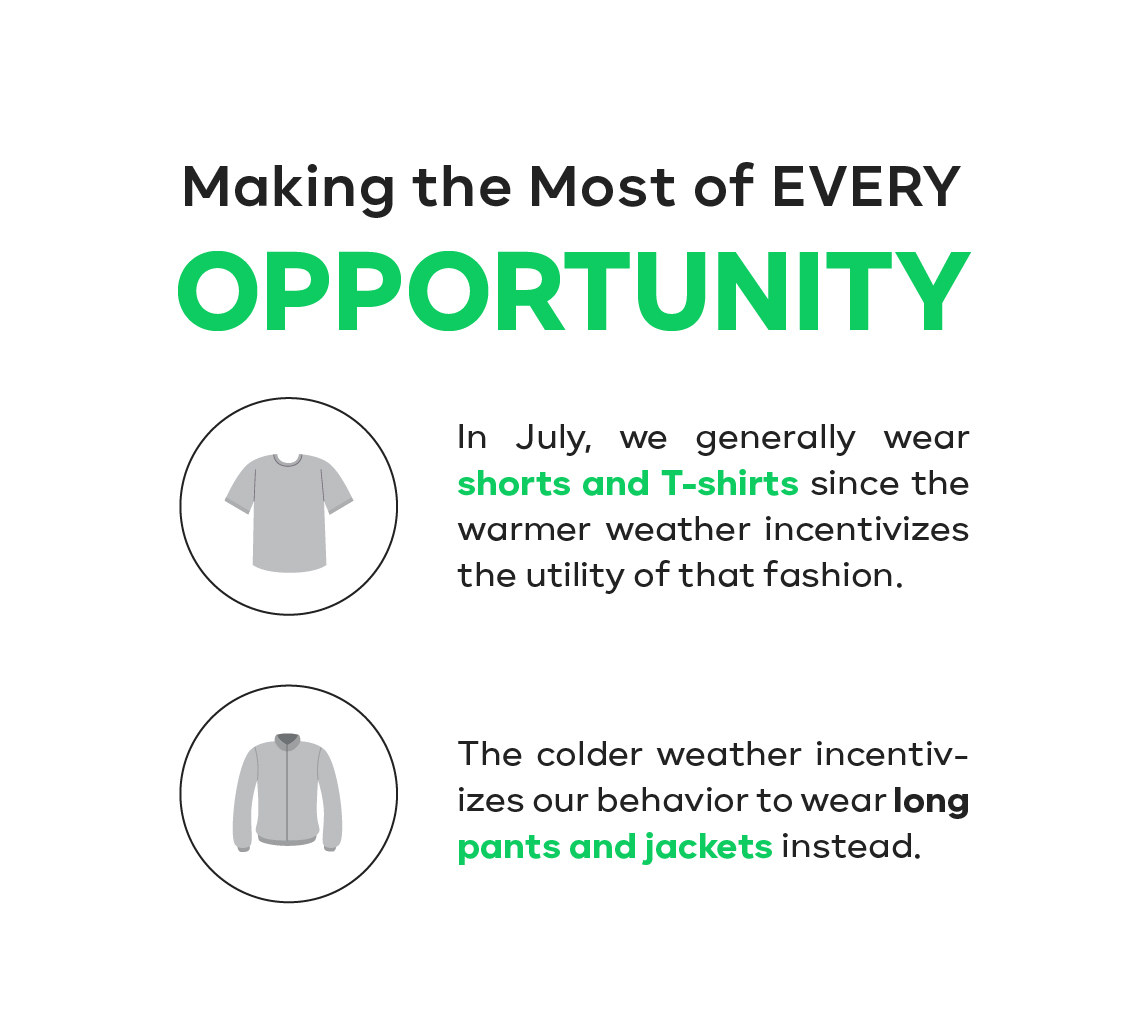 David Guttery and Brandon Guttery offer products and services using the following business names: Keystone Financial Group – insurance and financial services |  Ameritas Investment Company, LLC (AIC), Member FINRA/SIPC – securities and investments | Ameritas Advisory Services (AAS) – investment advisory services. AIC  and AAS are not affiliated with Keystone Financial Group. Information provided is gathered from sources believed to be reliable; however, we cannot guarantee their accuracy. This information should not be interpreted as a recommendation to buy or sell any security. Past performance is not an indicator of future results.