Especially over the last decade, we’ve witnessed the direction of the financial planning industry shift. Financial planning is no longer product centric. It is very much process driven, without regard to platform or product. From the standpoint of process, let me offer this example. 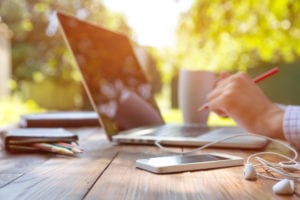 Think of me as being a travel agent. You come to me and say that we need to plan a trip to Chicago from Birmingham. Off the top of my head, I can think of five modes of transportation. I could rent a car to you, or book passage on a bus, or a train. We could fly. Cruise ship is also a mode of transportation, but it won’t do you much good between Birmingham and Chicago, so we can go ahead and take that one off the table.

Now, I ask more questions about the trip. Are you going on an overnight trip for work, or are you taking the entire family on a week long vacation? If it’s a vacation for a week, and four of you are going, then we can take an economy car off the table, because you’ll need to room of a full sized SUV for all of the luggage.

If it’s a vacation, is your preference to maximize fun, or minimize expense? You won’t be able to do both. The least expensive transportation may be to book passage on a bus, but it will take 20 hours to arrive as you stop in many towns along the way. You could go by car, but that will be a 10 hour drive. The most expensive transportation would be to fly, but you’ll arrive in 90 minutes. Would you rather spend nearly an entire day of your vacation driving in order to save some money, or would you rather maximize fun, and get there in an hour and a half, with greater expense?

There’s nothing inherently wrong with any of these modes of transportation. Each will do what it does, and maximize the utility for which it was designed. My job is to fully understand the scope of the task at hand, and through a process of planning, we ultimately arrive at what makes the most sense for what you’re trying to accomplish.

Another good example of the importance of product utility would be to consider a Sharpie, a highlighter, a ball point pen, and a pencil. At a high level, these are all writing instruments. If the task at hand is to write your child’s name onto gym clothes for school, you’re probably going to use the Sharpie so it will withstand sweat and laundering. If you’re studying material in a book, you’ll likely use the highlighter. If you’re signing a contract, you’ll likely use the ball point pen. I’m a novice song writer, and I can tell you that my best friend in that process is the eraser at the end of the pencil.
You can certainly try to use a Sharpie to sign a contract, but it will likely bleed through the paper and be illegible. I wouldn’t try signing a contract with a highlighter, and if you tried to write a song with a ball point pen, you’ll likely just wind up with a page full of crossed out words.

Each instrument has its own utility. It was designed for a specific task, and it performs that specific task better than any of these other instruments. My job is to understand what the client is attempting to do, and help them by bringing the most suitable instrument to that task at hand.

Having said that, sometimes tools can be misused. If you attempt to highlight text with a Sharpie, it’s not going to work out very well. It’s not that the Sharpie is bad. It’s not the Sharpie’s fault that it can’t highlight material. That isn’t the task for which it was designed. Tools aren’t inherently bad. They’re sometimes misused.

There’s a commercial on television now, where the person suggests that annuities for example are bad tools. In parody with the topic of our conversation today, he says, “we don’t sell sharpies. We’ll never sell sharpies”. There is no such thing as a bad sharpie. Clients are best served by planners who take a platform agnostic approach to wealth management, and offer a fiduciary level planning process for the task at hand, so that the end result maximizes the utility for which the client is seeking.