As Seen in The Trussville Tribune:

As you’re aware, global markets are in a state of fluctuation.  Markets don’t like shocks, and we’ve had two of them in recent months.  China was late telling the world about Coronavirus.  As it was spreading, we didn’t know how virulent it might be, the incubation period, the fatality rate, or if conventional methods would be sufficient to treat disease.  The visceral response from world governments to contain and quarantine were of concern as a function of impediments to chains of supply.

Markets also absorbed a shock when the Saudi Arabian OPEC delegation announced it would defy the majority will of the OPEC cartel and produce at maximum capacity, and at artificially low prices.  The price of oil dropped 27% overnight as a result, and that reverberated throughout the world’s markets.  Simply put, markets have had to absorb and react to a few substantial shocks that materialized quickly. 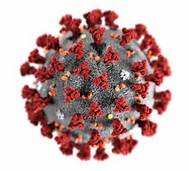 Most recently, markets have had to absorb and react to significant measures taken by the Federal Reserve and the Treasury in recent days, as efforts to underpin the economy are being taken.  The airline, cruise ship, entertainment, and restaurant industries are complying with mandates of the World Health Organization and Centers for Disease Control, to practice social distancing, and in some cases, ceasing operations entirely for a brief period of time.

Markets are discounting mechanisms.  Every minute, of every day, markets are taking currently available information, and pricing into themselves, anticipated outcomes.  At the end of last year, markets made assumptions about the coming year in terms of productivity, profitability, earnings and revenue.  When travel bans, quarantines, social distancing and moratoriums are thrown into the equation, resulting from efforts to contain a virus that was previously unknown, markets re-price the risk of previous assumptions.

To give you an example, hypothetically speaking, on the first of January, markets may have assumed that company ABC was worth $300 per share.  But today, if that company is reliant upon a factory in China, where workers have been quarantined for several weeks, then markets will re-price that risk, assuming that such a disruption in supply will n

egatively impact the company.  Maybe the market reprices that stock at $200 per share as a result.  That’s a broad overview of why sudden shocks can cause markets to aggressively re-price risk, and result in dramatic market valuation swings.  If you think about it, this is a logical process.  Its logical that markets would adjust previous assumptions when current conditions change.  Sometimes however, the response can seem to be disproportionate.

This is where we have to take a step back and be mindful of the empirical data.  It’s important to understand that markets aren’t reacting so much to the disease, as much as they’re reacting to the reaction to the disease.  I would recommend that everyone visit worldometers.info/coronavirus.  This site pulls data from the WHO and CDC, and I would suggest that everyone pay particular attention to the global figures.  We don’t have time to get into the granular detail here.  I can tell you that in China, the epicenter of the disease, the logarithmic graph of new cases has plunged almost back to the X axis.  The bar graph clearly shows the peak of new cases occurring around the 13th of February, while newly reported cases barely register.  The nation of China has 1.387 billion inhabitants.  I’m no physician, but I can read charts and graphs, and it seems to suggest that Coronavirus has nearly run its course, in the epicenter country.

Indeed, on Friday, Steve Minuchin said “China is open for business” and Apple announced that all stores would open again.  If the market reacted viscerally to the fear over how quarantines and travel bans to that part of the world might impact chains of supply, and priced in the assumption of a long term disruption to those chains of supply, but in reality what we’re seeing is workers recovering, going back to work, and manufacturing activity ramping up again, it stands to reason that markets may once again have to reprice the risk that a disproportionate reaction was potentially priced into the market.  Look, we’ve seen other periods of time when markets climbed a wall of worry over things that never materialized.  Its possible that we’re climbing a similar, but taller wall this time.

For those who find themselves later in life, who are more income centric and with a capital preservation objective, you’re not likely participating to any great degree in this market volatility.  For those with an investment strategy that calls for the assumption of growth level risk, and an objective that is 20 years into the future, I’m advising an opportunity exists to make this period of time work for their benefit.  It all depends on the DNA of who you are, your objectives, and the strategies that we’ve placed into force to achieve those objectives.

I would also recommend that everyone bookmark www.econoday.com, and visit the US Economic Calendar in the bottom left part of the home page.  Distance yourself from the sensationalized media by surrounding yourself with inarguable facts and points of data.

We believe that at all times, but especially in times of crisis, you lead from the front.  We’re investing many hours engaging our clients in conversation across a myriad of channels.  I’m absorbing every source of input that I can find about the subject, provided by economists, fund managers, and analysts.  I’m taking that information, assimilating it, and marrying it with my own convictions.  At times like these, a human voice is preferable to an email.  We are also leveraging email and conference call technology however to reach as many people as we can.

The advice is to remain convicted to your objective driven strategies.  Such plans were never a function of being up or down on any given day.  These were strategies were based on assumptions, to achieve an objective, over a given period of time.  That remains intact.

Where were you 20 years ago?  Do you remember Y2K and all of the market angst that surrounded that time?  To what degree to you believe Y2K was still on the mind of the market as it was establishing a new all time high on the 12th of February?  Twenty years from now, Coronavirus will too be a distant memory and we will have something else with which to worry at that time.

What you do today, could make a difference in the end result with which you’re left, twenty years from now.  In general, consider the opportunity you have to dollar cost average, and acquire greater numbers of shares at lower prices with static investments.  In my opinion, we have a disproportionate dislocation in the market, brought about by the acute onset of an unknown, occurring against a backdrop of strong economic metrics, and no one knows when that environment will change.  What I do know is that in order to have the opportunity to benefit when markets eventually reprice risk again, you have to be in the market when that happens.  I also know that we will get through this, and we’ll get through it, together.